I can't get out of the house!

Finally, I have managed to persuade pictures into Blogger again.  This is the view from my front door.  That bush is usually about 8 foot up, but the weight of snow has brought it down to less than 3 foot:


And this is the view from across the road.  Yes, there is a house behind there! 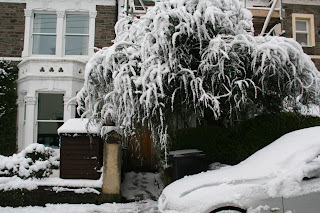 This is the view up the road: 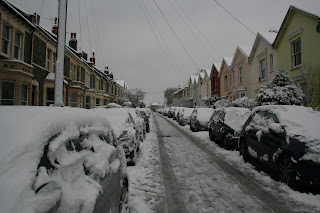 And this is the view from the pavement.  As you can see the postie's been already - he must have been a limbo dancer. 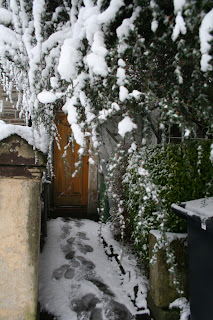 And just as a curiousity, we have scaffolding outside our house and some of the snow is attached to the underside of it which gives it a rather decorative appearance.  In fact from further away it looks like a giant spider's web.