How to get rid of the rain

Today it rained quite a bit, and when it did rain it was quite spectacular.  About half past three I went down the road and saw Vince (not his real name, that's Vincenzo) who runs a barber's shop at the bottom of our road.  Due to the quiet nature of trade he was washing his car.  And then he left it, covered in suds, so that the next bout of rain would wash it all off for him.

And what do you think happened?

Not even the really rather majestic thundercracks we had just after six produced even the smallest drop of rain.  Even though it got so dark that all the streetlights went on.  Nope, it stayed resolutely dry until at least 9pm.  By which time Vince had gone home, because he doesn't actually live here.

Just as an extra - Vince has a flag flying outside his shop.  Not the usual Union Jack but one like this: 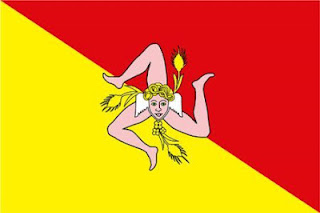 Can you guess where it's from?  It's very similar to this one: 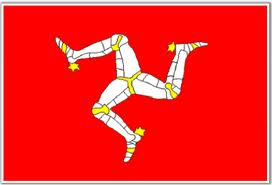 which you might recognise.  And yes, his extended family still live there.  Have to be a bit careful what you say to him.  You don't want to upset him.