On Saturday I took my daughter to a very wet and muddy field on the edge of Exmoor, helped her put up her tent and then left her there.  Later I spotted a picture of her that had been posted online: 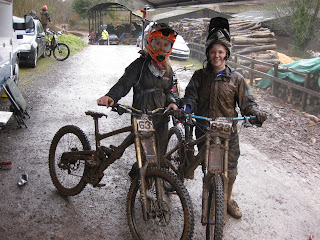 That's her on the right, in the brown.  Still at least she's smiling.  On Sunday morning she was snapped again, just before the race: 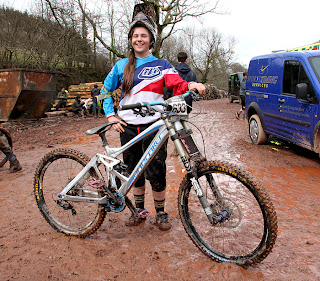 Still smiling, but at least she's changed into clean(er) clothes.  Later she had an even bigger, cheesier grin (her words): 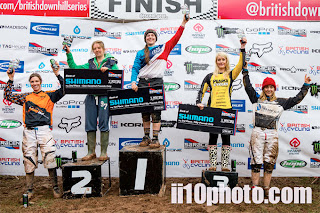 That's her in the middle.  And what have I been doing since then?  Well, washing, obviously.