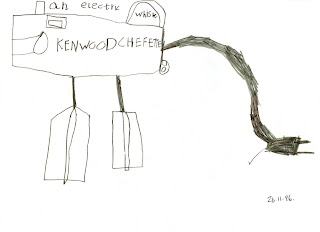 Doing a bit of clearing out recently, came across this which elder son (the chef) drew when he was just seven.


And this is him, aged 18, when he won the Pudz Amateur Pudding Chef competition.  He's with the judge, Mich Turner, founder of the Little Venice Cake Company. 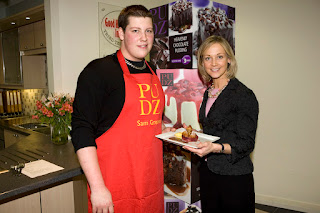 And this picture was drawn by my daughter when she was three: 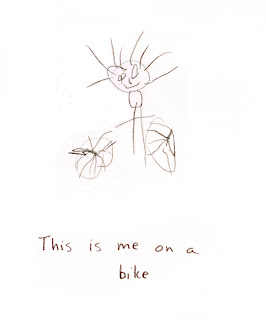 And this is her a few weeks ago at the BMX World Championships in Birmingham.  (Note the way she's cunningly photoshopped it so she's the only one in colour.)  Yes, that is a Team GB jersey. Competitors came from as far afield as New Zealand and USA. 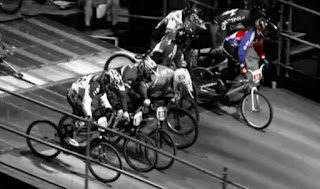 I have yet to find a picture drawn by my younger son when he was little that shows early indication of where he will go in life - but on current form I should be looking for one entitled Me on the Playstation!